Living Life to the Fullest

Bobby White may have daydreamed about sailing to exotic destinations with beautiful women, but until his life took an unexpected turn in 2015, the Texan spent most of his time in the air, not at sea.

“I used to be a commercial pilot. Then, I had a brain hemorrhage. It’s two years until they let you fly again,” he said.

His career grounded, Bobby sold everything, bought a 1984 37-foot C&C sailboat, and moved aboard it in October 2016 with his two 90-pound labradoodles, Maverick and Goose. He said at the time, “I’ve always dreamed about buying a boat and sailing around the world. Why not do it now?” 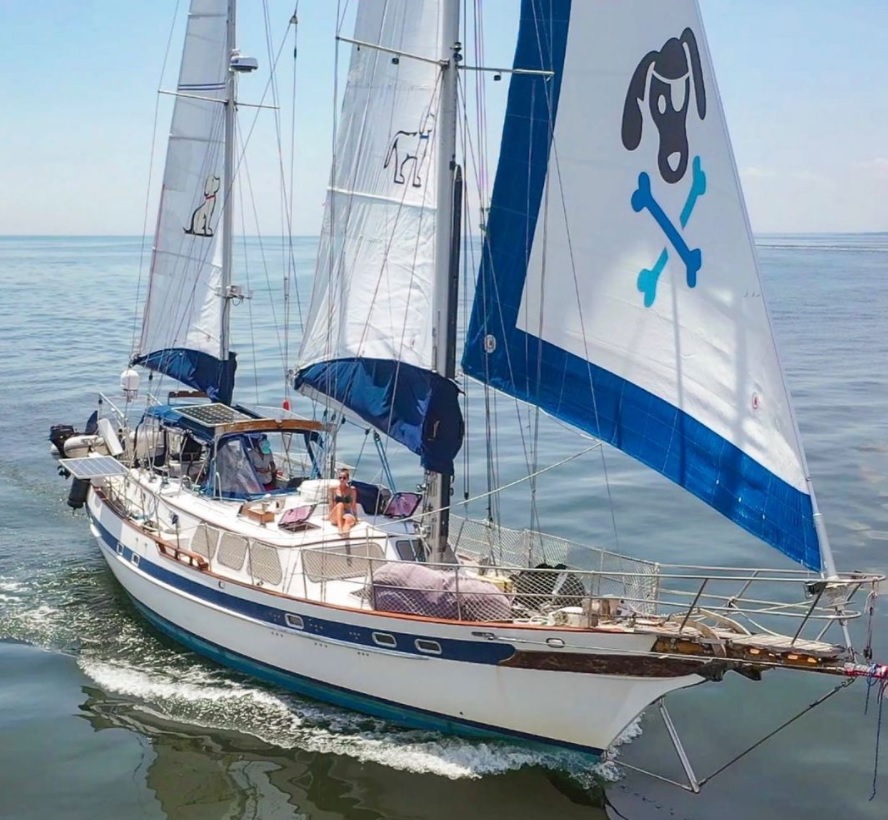 Bobby’s friend Megan Binkley joined him on the boat, which he named Ruff Seas, and they headed out across the Gulf of Mexico bound for the Caribbean, with the two big dogs in their lifejackets standing watch.

From the very start, Bobby shot videos of their life on the water and posted them to his YouTube channel, “Sailing Doodles”, inviting viewers to subscribe to the channel or become a patron and contribute a few dollars toward helping them stay afloat. The videos, which combine practical tips about cruising with dogs and maintaining an older boat with stunning nautical scenery and adventures at sea, soon gained a big following.

Today, the “Sailing Doodles” YouTube channel has nearly 400,000 subscribers and gets up to 6 to 10 million views each month.

The two years of downtime from his aviation career are long since over, but Bobby never went back. “This is my better job. I’m my own boss. I get to see the world at my own pace,” he said. 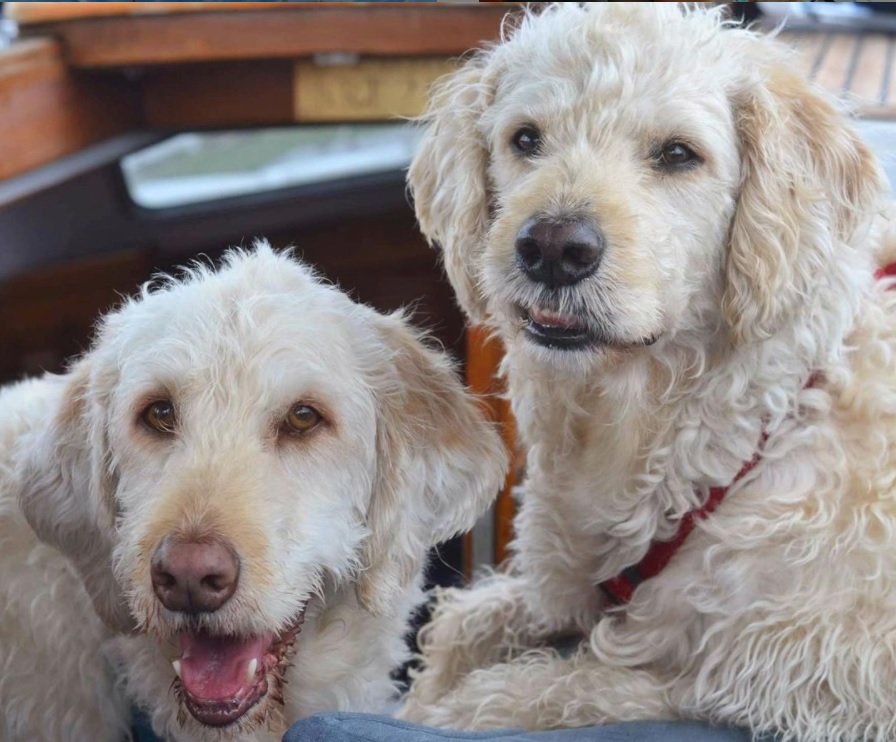 Nearly every season of the “Sailing Doodles” video blog has brought fresh faces as female crew members rotated on and off the boat. One former crew, named Taylor Francis, now has her own YouTube channel called “Taylor’s Travels”. Sadly, Maverick passed away in 2020, and Goose now is living with Bobby’s parents in Texas.

To date, Bobby has cruised nearly the entire Caribbean, as well as exploring parts of coastal Canada, the U.S., Mexico, and the Mediterranean. He also has sailed across the Pacific to Polynesia. Some of these voyages were made in boats belonging to friends he made along the way.

“The cruising community is awesome,” Bobby said. “When you get to meet the people who are really doing it, they will give you the shirt off their back and help you in any way they can.” 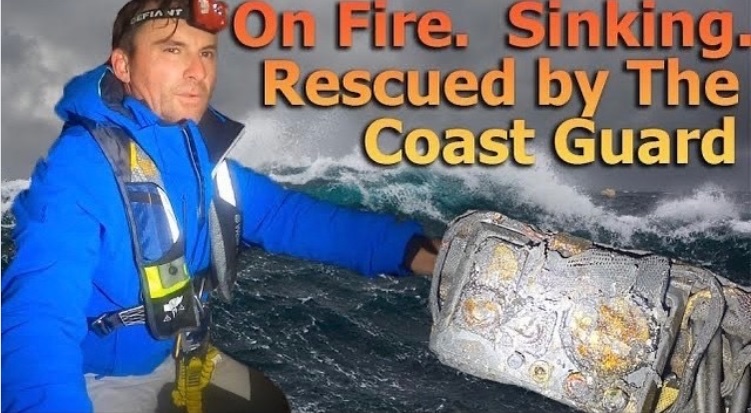 A few years ago, Bobby bought a larger sailboat: a 56-foot Ta-Chiao ketch. But, in November 2020, catastrophe struck as he was sailing singlehanded off the Outer Banks of North Carolina.

“I was rounding Cape Lookout in rough weather. The wind was 35 knots, steadily gusting to 40. I had turned the bow into the wind and started motoring, when the standby anchor broke and the rode seized the prop.” As a result, he continued, the engine caught on fire. “At the time, I didn’t quite realize the extent of the damage. I was very lucky it didn’t burn through the fuel lines,” he said.

It was at least four miles to the nearest inlet, and the sailboat was starting to sink, so Bobby called the Coast Guard, which responded right away and towed him in. Unfortunately, his tender, a Highfield Classic 360, was lost during the long tow to shore when the lines securing it to the davit chafed through and separated in the high winds.

As it turned out, the sailboat was repairable, but Bobby wound up selling it to a “Sailing Doodles” patron. “I gave my patrons first chance at it,” he said.

Viewers watching the 2021 season of “Sailing Doodles” found Bobby and crewmates Sarah, Sydney and Amanda in the Virgin Islands on board a very different type of vessel. Following his disaster at sea, Bobby purchased a 1997, 60-foot Hatteras extended-cockpit motoryacht, which he named The Dark Side. “I wanted to see how the other half lived,” he said, adding, “I expected more negative reactions from the viewers, but it was mostly positive.”

Bobby also has a new tender: a Highfield Sport 360 with a 40-hp Tohatsu motor, that he and his crew use for watersports and exploring the islands.

“The console is great; you can put a chartplotter on there. I’ve also installed a stereo. It has a built-in ski pole – we love to wakeboard,” he said. “It’s just a really comfortable boat. I really love it. If you want to go 10 to 15 miles away, you can get there fast.” 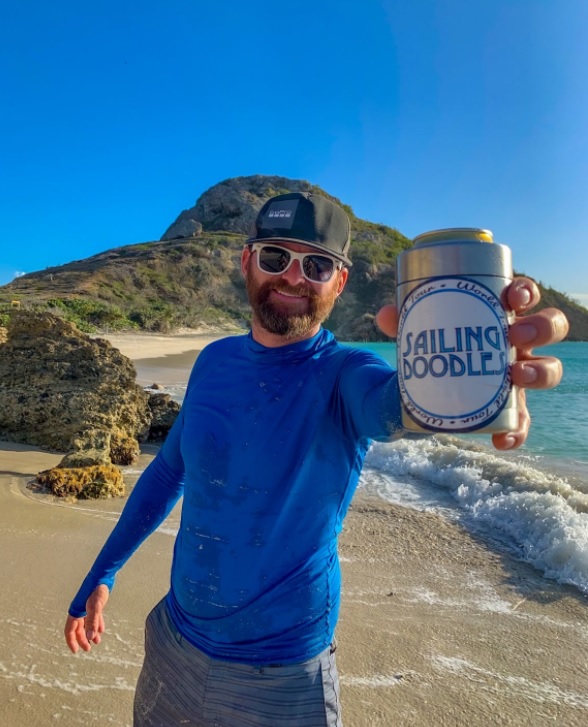 What’s next for Bobby White, his all-female crew and “Sailing Doodles”? Whatever it is, judging by their previous adventures, it’s sure to involve lots of lighthearted fun in the sun.